Looking to moisturize your skin with a natural, chemical-free product that won’t irritate your complexion? No matter what type of skin you have, there’s not much out there that can do the job better than simmondsia chinensis, otherwise known as jojoba seed oil. Used for centuries by indigenous peoples to help with everything from hydrating the skin to healing wounds, the benefits and uses of jojoba seed oil are plenty, and can make for a welcome addition to many skin care regimens. Here’s everything you need to know about jojoba oil! What is jojoba seed oil?

Jojoba seed oil and wax are derived from the jojoba plant, which is native to the desert climates of Northern Mexico and the Southwestern United States. It can grow up to 9 feet tall, but most plants are between 3 and 6 feet. The plant sprouts dark green, wide, waxy leaves, plus tiny yellow flowers that turn into olive-sized seed pods once they’ve been pollinated. Jojoba oil is extracted from the seeds found in these pods.

Once it’s been extracted from the seeds, jojoba oil is colorless and odorless. The oil can be found on the ingredients lists of many skincare, body care, and makeup items — including shampoos, cleansers, lotions, and lipstick, to name just a few.

Why is jojoba seed oil such a good skincare ingredient? 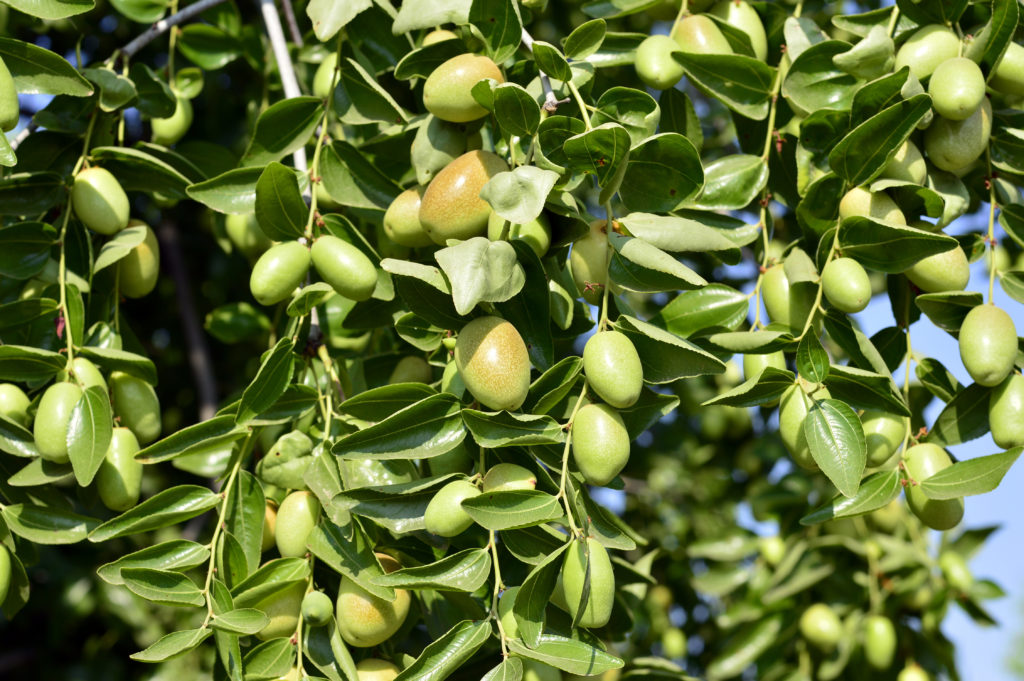 Jojoba seed oil is a fantastic ingredient for its versatility and compatibility with just about every skin type, from dry to oily and acne-prone. A natural emollient, the actual scientific structure of jojoba seed oil is closest to our skin’s natural oil — called sebum — which means it’s most easily absorbed and accepted by our skin. That also means it isn’t occlusive, meaning it won’t block your pores, like some thicker, heavier oils. Because it’s scentless, it’s an oil that’s ideal for those with sensitivities to fragrance and perfumes.

Jojoba oil works to treat dryness by trapping water within our skin, which helps hydrate the skin and repair any roughness, flakiness or other symptoms of dehydration. Jojoba is also excellent for exfoliating and soothing the skin because it’s great at unclogging hair follicles and pores. This can work wonders on acne-prone skin — by reducing harmful buildup that can lead to the formation of P. acnes bacteria, jojoba oil helps stop breakouts in their tracks.

Jojoba oil can be used for so many things: As a hair treatment, as an overnight moisturizer, as a lip hydrator, as eczema and psoriasis relief, and even as an anti-aging wrinkle preventer.

Who could benefit from using jojoba seed oil?

Really, anyone can benefit from jojoba in their regimen but if you’re looking to moisturize your skin using a natural ingredient, or incorporate an oil into your daily routine, jojoba is a fabulous option. It’s especially coveted because (when you use the right amount) it won’t leave your skin with a greasy or oily residue. Since it won’t clog your pores, it’s safe for use among those who are battling acne and need an effective, robust moisturizer that won’t irritate their skin. Jojoba is especially ideal for those who’ve struggled to find the right oil to use, and for those with oily skin — this goes back to jojoba being so similar to our skin’s natural sebum, which helps our skin absorb it more naturally than other oils.

Because jojoba seed oil is known for cleaning out hair follicles, some believe that treating the scalp to a regular massage with a bit of the good stuff can be beneficial. A study at the University of Maryland found that adding a few drops to a routine may stimulate hair regrowth. While the results of this method are inconclusive, the C, B, and E vitamins found in jojoba seed oil will still go a long way in hydrating the hair while reducing any itching or flakiness of the scalp.

Is there anything to be aware of before using this ingredient? 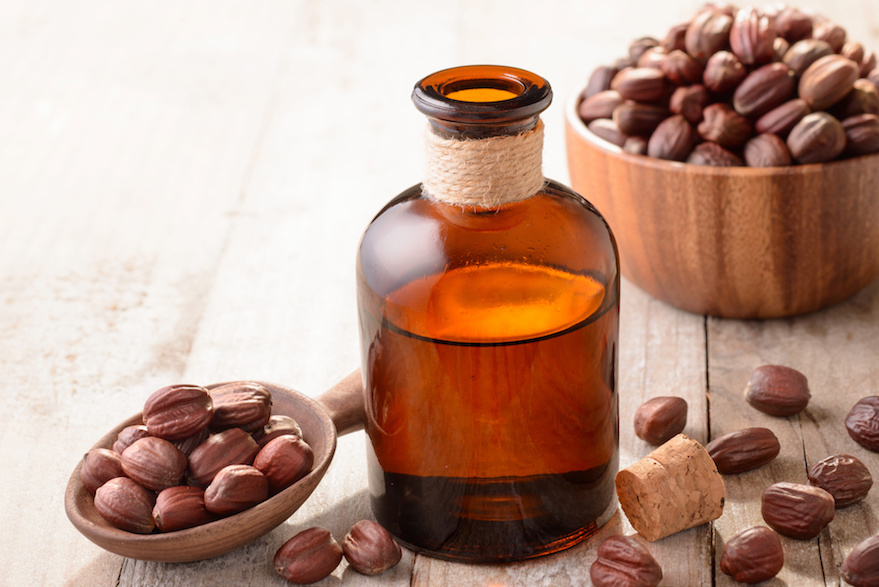 Because it is so gentle, applying jojoba seed oil to the skin is likely safe for most people, including pregnant or nursing women. That said, stick to the surface when implementing this ingredient into your skincare routine: The only known precaution is to avoid ingesting jojoba oil orally, as the naturally-occurring erucic acid found within it can have toxic effects to the heart and may lead to heart disease.

Looking to add jojoba seed oil to your daily routine? Try mixing a 100% pure formula, like the organic moisturizing jojoba oil from NOW Foods, with a few drops of your favorite essential oil for a DIY moisturizer that will not disappoint.